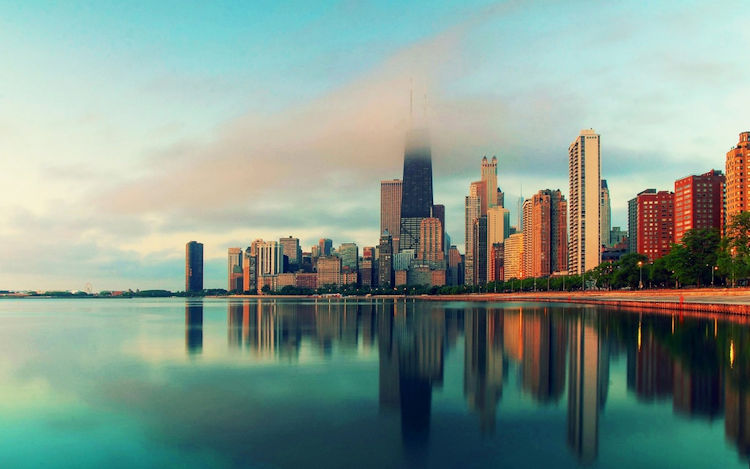 In Allen, the plaintiff, Robin Allen, alleged that she was injured when she slipped and fell in the parking lot of a strip mall.  Allen sued, among others, the property owner, Alliance Investment Source, LLC (“Alliance”), and Alliance’s snow-removal contractor, ZL Landscaping, Inc. (“ZL”), alleging that their negligent maintenance of the parking lot led to an unnatural accumulation of ice and snow that caused her to fall.

Alliance and ZL moved for summary judgment, arguing that Allen could not prove negligence because she could not identify the cause of her fall.  Specifically, the defendants pointed out that Allen could not state with certainty whether she fell on ice and that she did not see any standing or accumulated water on the day she fell.  ZL also argued that there was no evidence that it breached its contract with Alliance because Alliance instructed ZL not to salt the lot and there was less than two inches of snow on the ground at the time of Allen’s fall (the contract only required snow removal after snowfalls of two or more inches).

In response, Allen argued that Alliance breached its duty under its lease with its tenant to salt the parking lot and remove ice, while ZL breached its duty under its contract with Alliance to properly plow the lot.  Allen also argued that the parking lot was plowed negligently in a way that led to unnatural accumulations of snow and ice.  In support of this latter theory, Allen attached affidavits from two retained experts.

The trial court granted summary judgment for Alliance and ZL.

The First District preliminarily noted that, under the common law, a property owner has no general duty to remove natural accumulations of snow and ice.  Accordingly, a plaintiff in a slip-and-fall case involving snow and ice must demonstrate that (1) the accumulation of snow or ice was unnatural and (2) the property owner had actual or constructive notice of the condition.

Nevertheless, the First District also noted that a property owner (or someone else) may voluntarily undertake the removal of natural accumulations of snow and ice and that, if they do so, they must exercise reasonable care in the process.  In that case, a defendant’s tort liability to third parties is governed by Section 324A of the Restatement (Second) of Torts, which provides:

“One who undertakes, gratuitously or for consideration, to render services to another which he should recognize as necessary for the protection of a third person or his things, is subject to liability to the third person for physical harm resulting from his failure to exercise reasonable care to protect his undertaking, if

(a) his failure to exercise reasonable care increases the risk of such harm, or

(b) he has undertaken to perform a duty owed by the other to the third person, or

(c) the harm is suffered because of reliance of the other or the third person upon the undertaking.”

Allen argued that when a defendant is contractually obligated to remove natural accumulations of snow and ice, a plaintiff who slips and falls on a natural accumulation of snow and ice is entitled to recover in tort.  The First District noted that Illinois appellate courts are split on the question of whether there is an exception to the natural accumulation rule in cases where a party is contractually obligated to remove snow and ice, but found that there was no need to resolve the split because the case law favorable to Allen only created an exception to the rule where no snow removal at all had been performed.  The First District noted that, in Allen’s case, it was undisputed that the parking lot had been plowed prior to Allen’s fall.  Because the lot had been plowed prior to Allen’s fall, Allen was required to set forth evidence that the plowing created an unnatural accumulation of snow or ice that caused her fall.

“COUNSEL FOR ALLIANCE: Do you know if you stepped upon a patch of ice that was underneath the snow or if the snow in and of itself was slippery?

ALLEN: I’m just assuming that it was ice, but I don’t know that for sure.  I mean, the way I went down and the fact that I went down so fast made me think that there was ice under the snow.

Q. But you can’t say with any degree of certainty if it was a patch of ice that you slipped on, correct?

Q. Since you didn’t see any ice, would you agree that any statement that you would have tripped on ice would be a guess on your part?

The First District noted that, under Illinois law, a plaintiff must set forth “positive and affirmative proof of causation” and that summary judgment for defendants is proper where the plaintiff has no evidence regarding the cause of her fall.  Given that Allen could only “assum[e]” and “guess” that she had slipped on ice, she could not link her fall to the defendants’ snow-removal procedures.  Consequently, the trial court’s entry of summary judgment in favor of Alliance and ZL was proper.